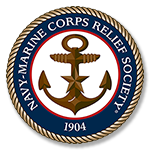 The only way to survive is to change the rules.

A minor accident at a German nuclear power plant, a Biological Warfare attack on the British Embassy in Washington, DC, and a secret arms deal combine to drive a trusted NATO Ally into an illegal alliance with a rogue Middle Eastern state. With the world hovering on the brink of war, a handful of U.S. Navy warships must track down and destroy a wolfpack of state-of-the-art submarines.

Their enemy is skilled in deception, and incredibly lethal. Out-gunned, out-maneuvered, and out-thought, the U.S. Navy crews must throw the rulebook out the window, and become every bit as devious and deadly as their enemy.

If they fail, the consequences are unthinkable.

The world has forgotten the true nature of terror. It's about to be reminded.

A military revolt in southeastern Russia puts a former hard-line Soviet leader in command of a ballistic missile submarine and its arsenal of nuclear weapons. His goal: re-ignite the communist revolution, and recapture the might and glory of the fallen Soviet Union. Without warning, Russia, Japan, and the United States become hostages in a scheme of international nuclear blackmail. When the warheads start falling and people begin dying, no one can pretend that it’s a bluff.

As the earth rushes toward extinction, a lone U.S. Navy warship must penetrate the Siberian ice pack to destroy the submarine before it can destroy the world.

It may already be too late.

A single spark can ignite a war that consumes the world.

Three Tibetan rebels attack a train carrying Chinese soldiers into the Tibet Autonomous Region. The rebels escape across the Himalayas into India, unaware that the son of China’s First Vice-Premier lays maimed and dying among the burning wreckage of the train.

As an escalating series of retaliations drive China and India toward outright war, hostilities spill over into the sea, and the Bay of Bengal becomes a crucible of naval warfare.

The president of the United States orders a U.S. Navy strike group into the area as a stabilizing force, but the situation between the two nations has already deteriorated beyond any hope of peaceful resolution.

With Asia hovering on the brink of annihilation, a small force of U.S. warships must defeat the Chinese Navy to preempt the coming firestorm.

The fuse has already been lit.

What if North Korea’s sudden turn towards peace is a cunning act of misdirection?

A routine Coast Guard inspection of a cargo ship in the Caribbean turns into a vicious firefight with unidentified Asian commandos. The second attempt to board the vessel ends with a nuclear detonation.

North Korea has been smuggling short and intermediate-range missiles into Cuba. An unknown number of nuclear warheads are hidden less than 100 miles from the tip of Florida. Every American city east of San Antonio is in the target zone.

Scrambling to stop the flow of weapons to Cuba, the president orders the Atlantic Fleet to surround the island, cutting off all access. It’s the Cuban Missile Crisis all over again, but this time there won’t be a diplomatic resolution. The North Koreans have developed a secret weapon that rips through the blockade with ease, leaving burning ships and floating bodies in its wake.

Against this unimagined threat stand a small detachment of United States Marines and a cutting-edge destroyer that’s never been tested in combat.

It’s a battle we never expected to fight, against an enemy we can barely comprehend...

David Stalin was one of the best detectives in the business, running head-to-head with data-jackers, organ thieves, and the tech-enhanced gangs who ruled the shadowy streets of Los Angeles. He could do no wrong, until what seemed like an easy case got out of control, and left his wife dead among the abandoned ruins of old LA.

After four years of self-imposed retirement, David suddenly finds himself back on the job, struggling to unravel a crime far worse than murder. This time, he’s not the hunter.

As he’s about to discover, the past isn’t finished with him yet.

A wealthy young woman vanishes from her high-security apartment without leaving a single strand of DNA behind. No trace of the victim’s disappearance is recorded on any of the building’s many cameras or security sensors. Her apartment’s memory cores have been destroyed beyond any hope of recovery.

To find the missing woman, Private Detective David Stalin must unravel a crime with no apparent motive, no imaginable means, and no conceivable opportunity. The truth, when he finds it, will blur the lines between pleasure and pain. Between fantasy and reality. Between life and death…

POSTCARDS FROM THE MOON (Short Story)

Once upon a time, mankind dreamed of the stars. Somewhere along the way, that glorious vision got lost...

Hank Rollins is old, tired, and thoroughly regretting the missed opportunities of his youth. More than a half century ago, he passed up the chance to do something wonderfully foolish and utterly impossible. A chance to reach for a different kind of future.

But the door may not be completely closed, because Hank is getting postcards from a boy who no longer exists, and a world that never came to pass.